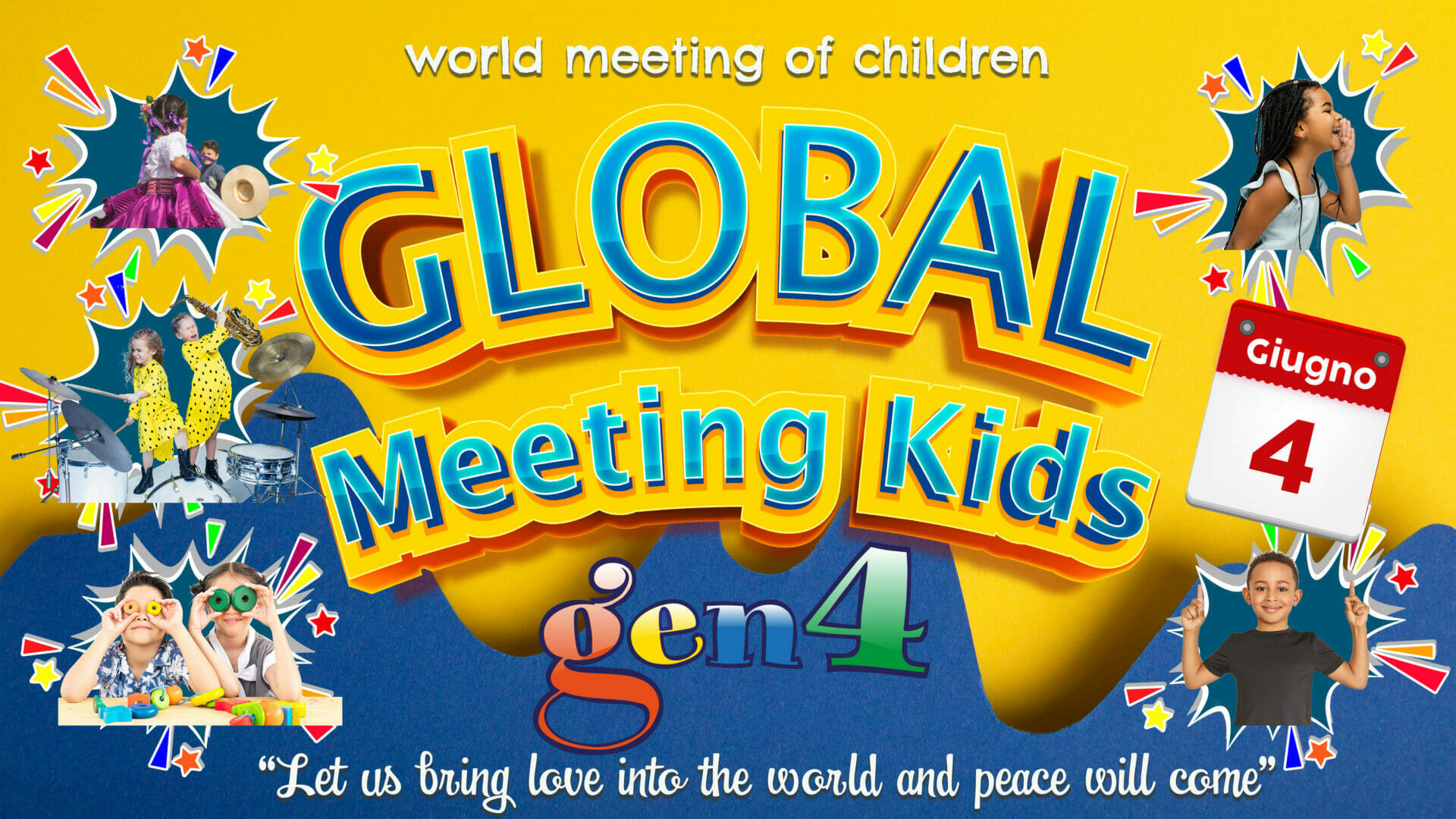 We had invited you all on June 4 for a planetary festival: and it was indeed!

A beautiful celebration that ended with a much-desired gift that arrived as a beautiful surprise  a few days before: a message from Pope Francis for this event!

The celebration started in Asia at 8 a.m. Italian time: lots of zoom connections amplified the signal broadcast via YouTube, which, translated into local languages, reached so many communities in Thailand, Myanmar, Indonesia, Vietnam, Malaysia, Pakistan, and the Philippines. Children and girls in Southeast Asia (40 connections with large groups in various countries and 31 in the Philippines alone with 6 local communities) watched the entire program with great interest, impressed to see so many peers from around the world who, like them, knew the "cube of love" and wanted to bring love to the world. They had invited some of their friends to participate as well. The mother of a child related that her daughter, after participating in Global's "Asian" zoom, told her about the “cube of love”. She had asked Mom to make one and throw it together every day, to make a competition of doing acts of love and tell them to each other at night before sleeping instead of bedtime stories.

Then from Asia the celebration during the day continued bouncing and uniting all continents: from Africa, to Europe and all 3 Americas!

As had been done for Asia, at other points, especially where so many countries were connected with languages other than those transmitted with the official channels, the broadcast came mediated via zoom with translation into local languages. For example, in Eastern Europe there were 58 listening points. It was beautiful to see, in these local zooms, the gen4 from Asia dancing African dances or those from Africa joyfully repeating all the Czech Republic dance!

In Central Africa some gen4 arrived at the meeting place the night before because they lived far away and coming on foot they were afraid they would not arrive on time. They stayed together by candlelight, because there was no electricity, and in the evening they prayed all together for the next day's Global meeting.

Also in Africa, in Johannesburg, the Global was attended by 70 children with their parish group leaders called “Cuties for Christ”.  They really liked it because a month ago they started getting to know Chiara's story. Now they also want to make the Cube of Love and use it to do many acts of love.

The Global's YouTube connections, adding up to 7 languages present, totaled 3,278 over the two days of June 4 and 5. But, as we said before, many connections were multiplied in so many other points with various different languages, and often at each point, large groups followed. They ranged from 2 gen4 in Nepal to 150 people gathered in Loppiano including little ones and assistants, families, school groups and parishes. It is very difficult to make a realistic calculation of how many children were reached that weekend and in the many other events that took place the following days and that will still take place. There were also many children who came for the first time.

So many participants "shared" impressions, giving evidence to how the Global Meeting Kids Gen4 was:

-a universal experience! A beautiful and very delightful moment!

-an "encounter" with Chiara and Margaret;

-a wonderful opportunity for community involvement and outreach;

-an event that sparked so much desire to continue loving and make known to so many the secret of the "cube of love"!

For those who were unable to attend or for those who would like to view something again from the very rich two hours of the Global Meeting Kids Gen4 2022, attached is a very rich selection of contributions to the event. May the Global continue, as the presenters said at the end tossing the "cube of love" to the spectators, "Take it...and throw it in turn!" Let us continue to "bring love to the world and peace will come!"