The art of loving and the “cube”

Growing in a harmonious way means giving space to all the dimensions of the human person, including personal and interpersonal development as well as social, spiritual and global. Chiara Lubich defined six aspects of love based on the Gospel as ways to help a person to grow in all these dimensions. They are: love others as oneself – love everyone – love your enemy – love one another – love Jesus in the other person – be the first to love.

The people in the Focolare Movement have been trying to live this way for many years. In 1998 Chiara Lubich spoke to the Gen 4 about the Art of Loving and she gave them a cube, a special kind of dice that has the six phrases written on each side of it. From then on, it was known as the “Cube (or dice) of Love.”

Children all over the world started to play this simple “game” of throwing the the “cube” every morning and seeing what comes up. Then they try to live that sentence all day long. This has become a daily exercise, helping them to practice bringing love and peace to their friends, their family and wherever they are.

Love and peace, yes, because the Gospel phrases of the Art of Loving are part of the “Golden Rule,” which in the Gospel is expressed as: “Do to others as you would have them do to you!“ (Lk 6:31). This same Golden Rule can be found in the sacred texts of all the major religions in the world and so it can truly be lived by everyone!

Over the years, there have been many variations of the sentences written on the faces of the cube, different but with the same purpose: to give a contribution to making the world a place where justice, brotherhood and solidarity are lived.

The practice of the Cube of Love has spread and is used not only by children, but also by teenagers, young people and adults. It has reached people in almost all the countries of the world and is used in different contexts: in schools, in parishes, in work places, in associations for children. It has become a tool to play and to live at the same time.

From the Gen4 “Cube of love” many projects have started:

The Cube of Peace to increase peace in the world: http://livingpeaceinternational.org/en/

The Sport4peace Cube to bring good values into sports: http://www.sportmeet.org/en/

The Earth cube to defend the environment:  http://theearthcube.org 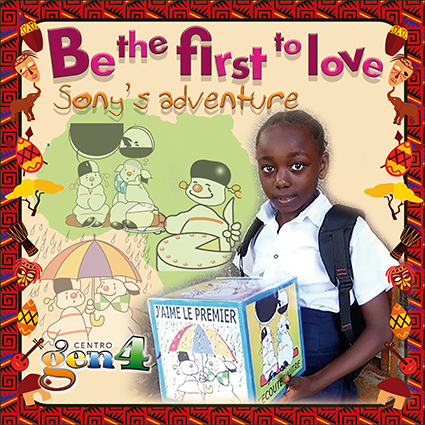 Be the first to love: Sony’s adventure 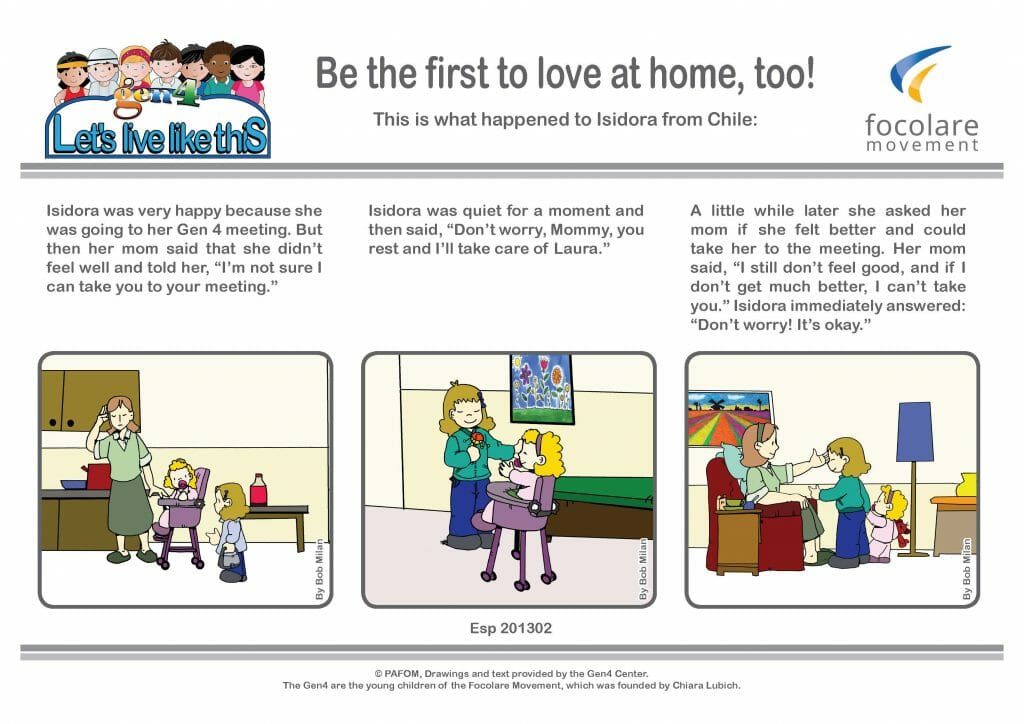 Be the first to love at home, too! 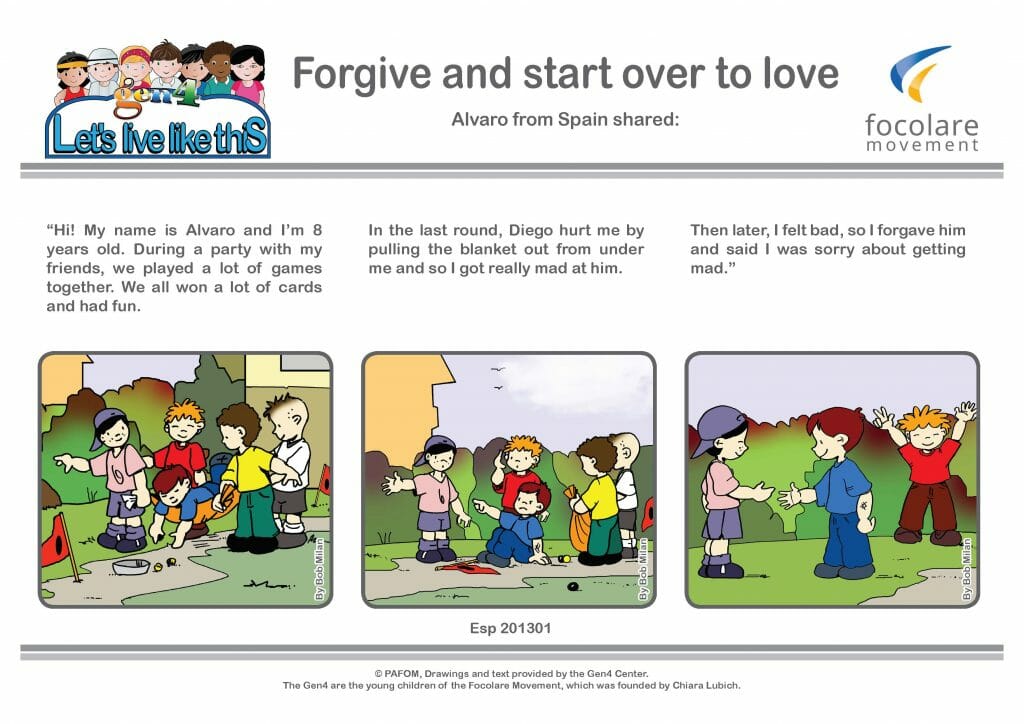 Forgive and start over to love 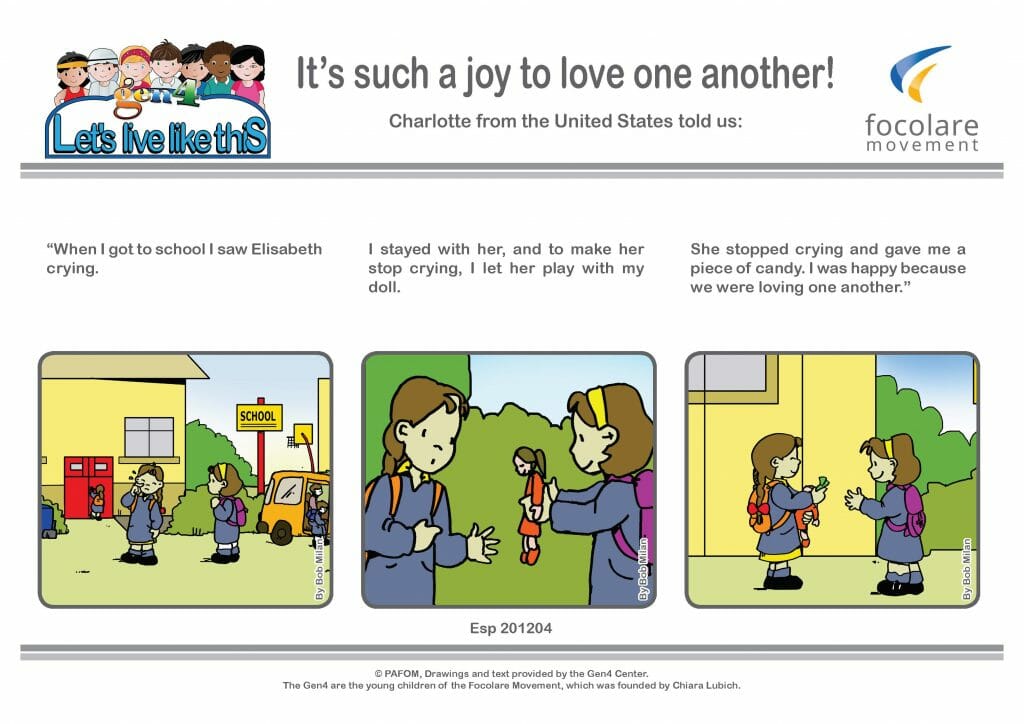 It’s such a joy to love one another! 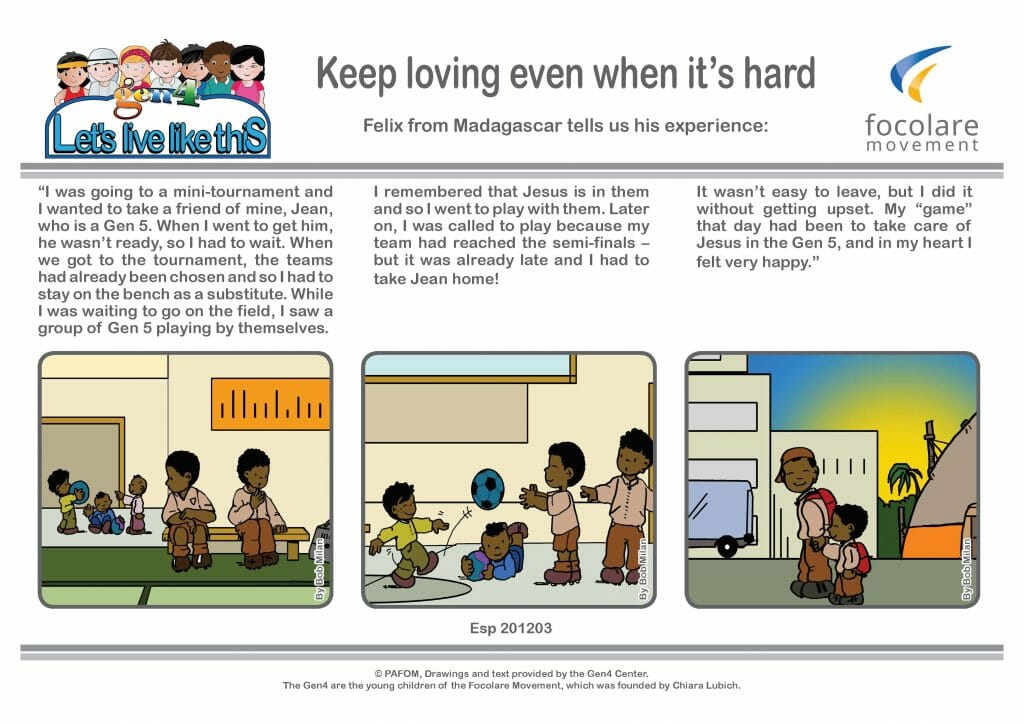 Keep loving even when it’s hard 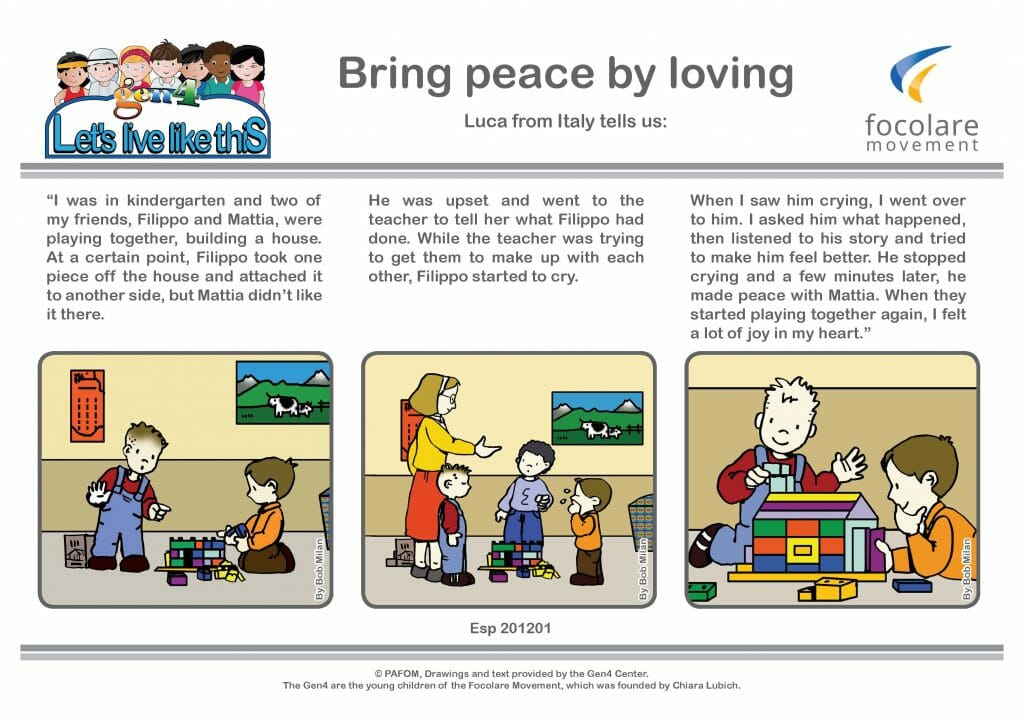